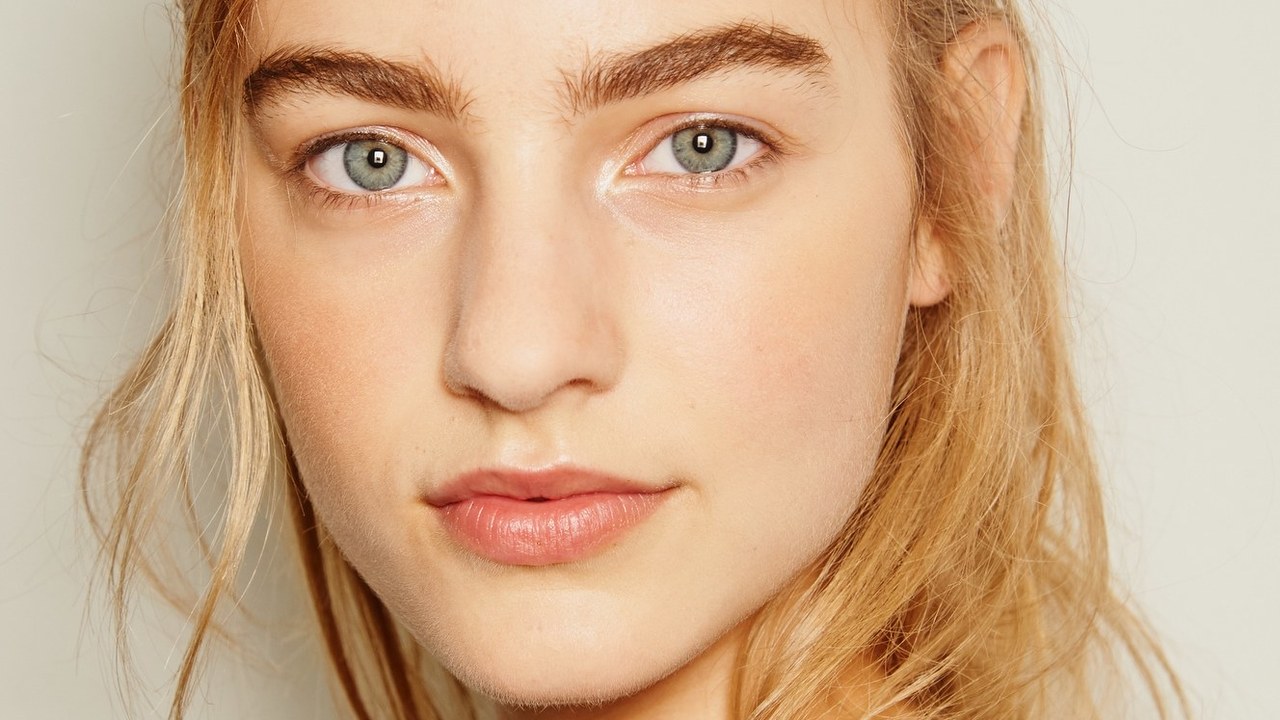 Unless you’ve been chilling under a rock lately, you’ve probably heard of microblading, the new-ish, semi-permanent version of eyebrow tattoos. They’re not your grandma’s stamped-on brows; instead, the delicate, super-fine hair strokes look natural and realistic in a way that the first-gen versions never did. Microblading’s recent popularity has spawned microshading and microfeathering, two techniques that give you a different brow look depending on your preferences. Here’s how they differ—and what that’ll mean for you.

Best for: Anyone who wants a natural brow look that lasts.

What is microblading: Microblading is a technique using a super-fine pen (technically, a bundle of 12 to 15 needles) to deposit pigment into skin. The tip is so fine, in fact, that it can create hair strokes that look legit. And the needles reach only into the superficial layers of the skin, which is what makes the method semi-permanent (versus permanent, like traditional cosmetic tattoos). Think of each stroke as a little paper-cut. (We know what you’re wondering: Yes, it hurts, but your brow artist can numb the area first.) Compared to other techniques, “microblading gives a very natural look and better simulates hair,” says Betsy Shuki, makeup artist and brow expert who offers microblading services at the office of NYC plastic surgeon Scott Wells, MD.

What you should know: Prices vary based on location and artist expertise, but expect a quality job to run somewhere between $700 to $1,500. In the first few days, you might want to plan around your brows. “On the first day after microblading, clean your eyebrows with distilled water on cotton pad gently and apply aftercare cream every four hours,” says Shuki. On the second day, repeat that three times. For the next five days, do this morning and night. Your brow area might be red and scabby, so try not to schedule big things (e.g., a huge job interview or engagement photos) for the first week or two. “Also, avoid going to the gym, any excess sweating around eyebrows will prevent pigment retention and can cause infection,” adds Shuki.

How long microblading lasts: You’ll need a touch-up in about a month (the cost of this is typically budgeted into the fee of the initial service). Then, microblading can last anywhere from 12 months to three years, depending on your lifestyle. A few ways to extend it: Stay out of the sun, since it can fade the pigment, and avoid putting exfoliants (like retinol and glycolic acid) near your brows, because they’ll lift the top layers of your skin with continued use—and the color with it.

Best for: Anyone who wants to lightly fill out the brows they already have.

What is microfeathering: Microfeathering is a form of microblading, and a technique created (and trademarked) by eyebrow artist-to-the-stars Kristie Streicher. She’s best known for her feathered brow, a no-needle shaping method that’s all about a natural, fluffy-looking brow. This is similar to that, but with pigment. Like microblading, she uses a fine blade to create tiny incisions. “Pigment is then deposited into the incisions, resulting in an incredible natural-looking ‘eyebrow hair,'” says Streicher. Unlike microblading, which typically creates most of the brow for you, Streicher uses your existing brow hairs as the “starting base” and simply fills it in as needed.

What you should know: Microfeathering is a little more high-maintenance than microblading, only because Streicher is so exact. She requires a consultation to ensure that there’s enough natural hair to help blend the pigment into your brows. (And, even so, there’s usually a growing-out period of six to 12 months so your existing brow hairs are all accounted for.) It’s also a two-part process (all of which costs $1,000 for Streicher’s procedure). “During the first appointment, microfeathered strokes are created in some of the more dense area of the brow,” explains Streicher. “Six to eight weeks later, depending on how your skin heals and responds, additional strokes are then added.” Everyone heals differently, she says, so she can better complete the look once she knows how your skin will recover.

How long microfeathering lasts: It typically doesn’t have the staying power of microblading because “the pigmented stokes are much finer and natural looking,” says Streicher. Depending on certain factors, like your skin type (oily skin won’t hold the pigment as well), age, and skin care routine, microfeathering will usually last eight to 12 months, max.

Best for: Anyone who wants brows to look more “done” (i.e. thick and filled in).

What is microshading: If microblading is like painting and microfeathering more like sketching, microshading is like an Impressionist got ahold of the blade. “Microshading technique is done using either an electric hand tool or a manual tool, which creates a soft, powdered effect that resembles eyebrow powder,” says Shuki. Instead of the hair stroke typical with microblading and microfeathering, microshading employs a stippling method, which uses repetitive dots of pigment. It’s like the pomade or powder to microblading’s pencil strokes—just semi-permanent. The overall effect more closely resembles the sort of brow you’d find on any given Instagram influencer.

What you should know: Some people could benefit from a combo of microshading and microblading, says Shuki. That candidate would have thinning eyebrows with drier skin—so, likely on the more mature side. Thinning brows can benefit from the extra oomph of shading. If you’re on the fence between the two, nothing beats checking out photos on Instagram. They’ll give you a good understanding of a brow artist’s style, so you’ll have a better idea of what to expect when you make an appointment. Plus, it shows the quality of the work, since pictures can’t hide a botched microblading or microshading job. (Also, spring for an artist with a license or certificate from the Society of Permanent Cosmetic Professionals or the American Academy of Micropigmentation, which shows that they’ve undergone the proper training.) Luckily, if you do get both, the price is about the same as it would be for just microblading. Expect to pay anywhere between $700 and $1,500.

How long microshading lasts: All good news here—there’s no difference in the lifespan of microshading and microblading. So, excluding the first touch-up, you have a solid year before you need to see your brow artist again.

FROM A TO Z: Before making an Eyelash Extension appointment, you have to read this! 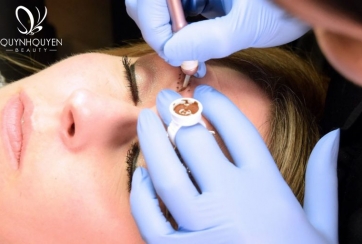 Everything You Need to Know About Microblading Your Eyebrows 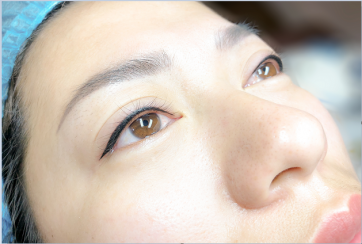 Everything you need to know about Permanent “Cat Eye” Eyeliner Makeup 5 tips to have beautiful eyes